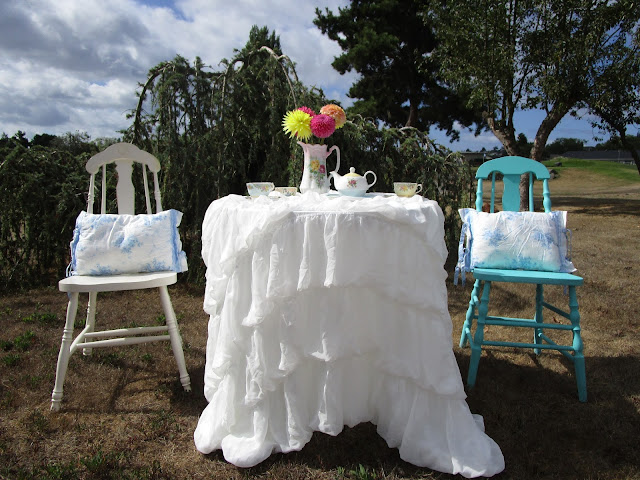 Welcome to Colclough for Tea Time! 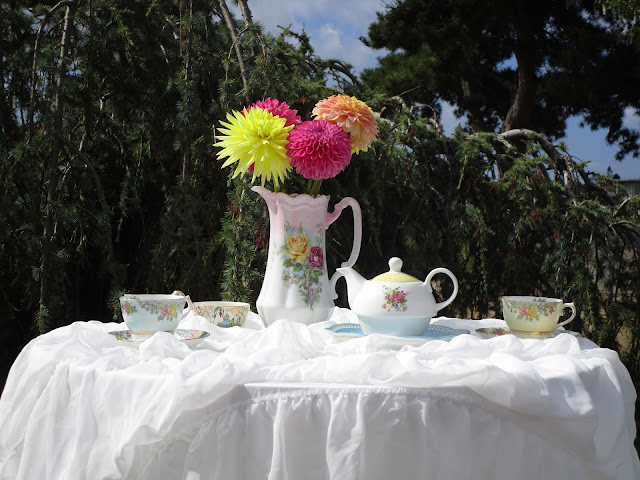 I have been trying to stop buying more teacups. You see my cupboards are full and where will I put more pretties?  But then again, how could one  resist these dainty vintage cups and saucers? 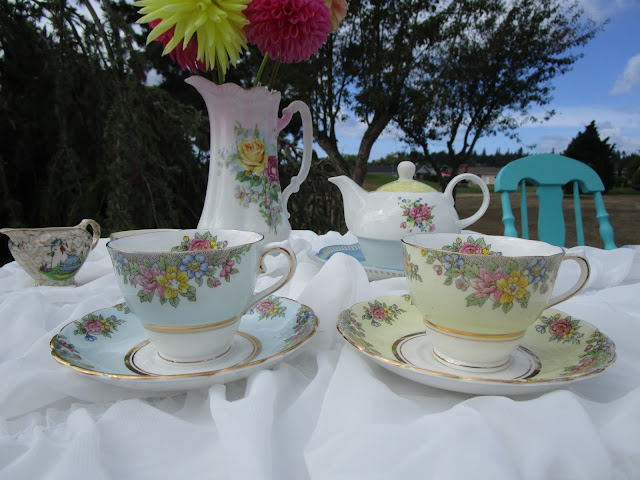 And what a bargain they were! Salvation Army had all of their china for fifty percent off so I weakened and bought both of these two Colclough cups and saucers for $6.99- total. 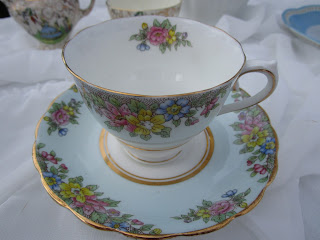 They are exactly the same except that one is a pale blue. 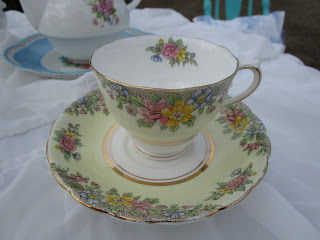 And the other is a pale yellow.

History of The Colclough China Company

The Colclough china company was founded in 1890 by Herbert Joseph Colclough, who was an ex-Mayor of Stoke-on-Trent.
Mr Colclough was a very conscientious man who loved his pottery and was known on occasion to stay up all night next to his kilns, which he had packed, so that he could be the first to see the new designs when they emerged.
After expanding his company, he moved to the Vale potteries in Longton and was honoured when in 1913 he was visited by King George V and Queen Mary who gave royal licence for the company to produce Royal Vale china.

In the 1930's Colclough China Limited was expanding fast and it was then that they started to produce the tea and dinner ware that we know today. They were the first company to produce fine bone china for the every day market which was marketed by the piece, ruling out the need for large sets to be purchased first.
In 1948, Colclough China Limited took over Booths and Adderley and then in the early 1950's merged with the Ridgeway Company.
Colclough and Ridgeway became part of the Royal Doulton Group in the early 1970's. However, in 1996, Colclough production discontinued and manufacture ceased.
http://www.focusoncolclough.co.uk/colclough_history.htm 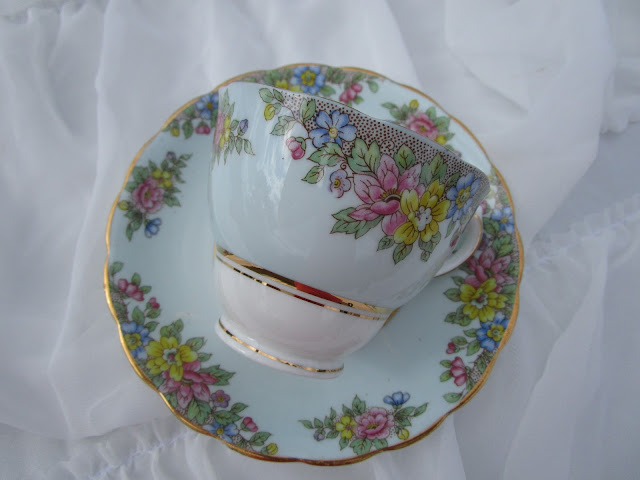 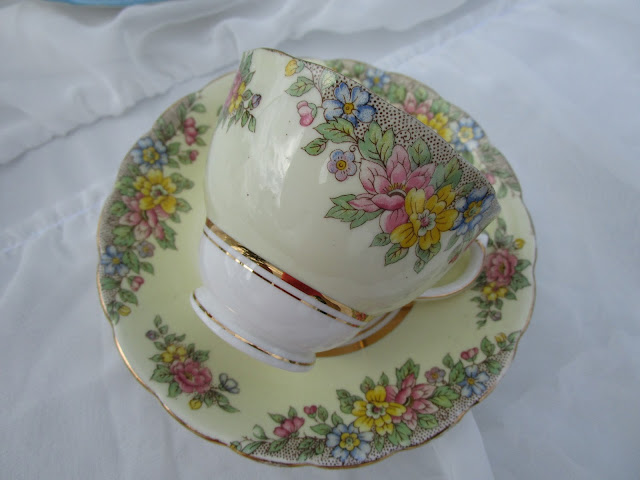 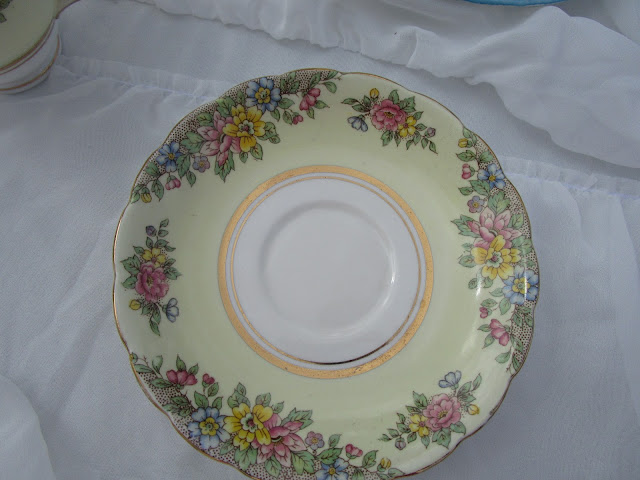 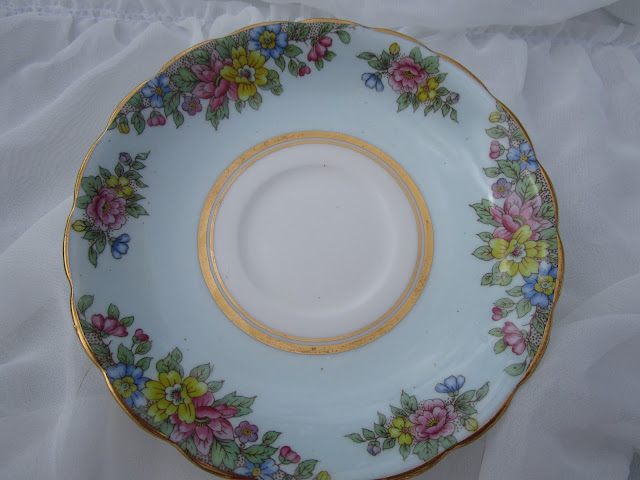 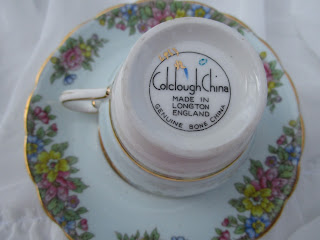 You know how much I do love shopping for treasures and collectibles across the border in Washington! But the low Canadian dollar is helping my treasure hunting addiction. 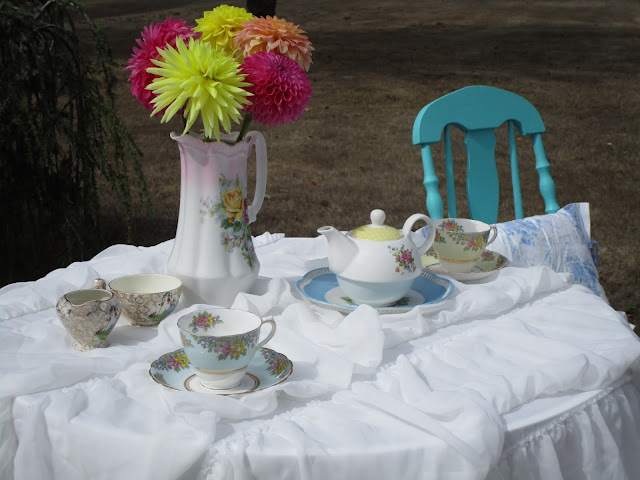 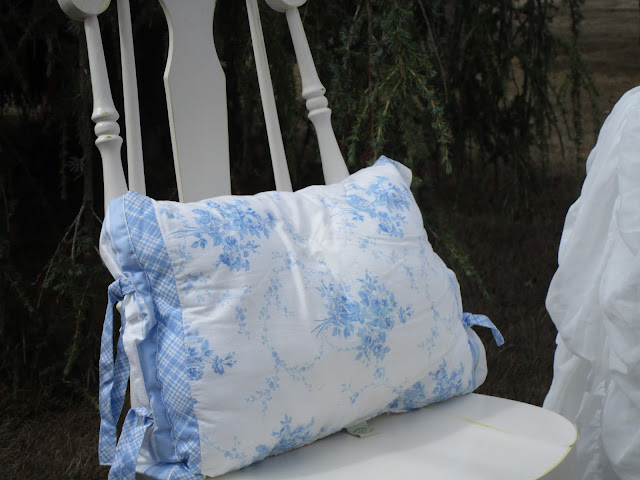 I did find these pretty blue shabby chic pillows at the Bellingham Goodwill for $1.99 each. Also too reasonable to resist? 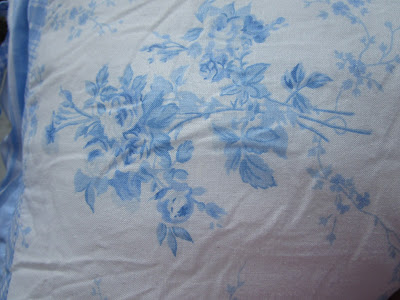 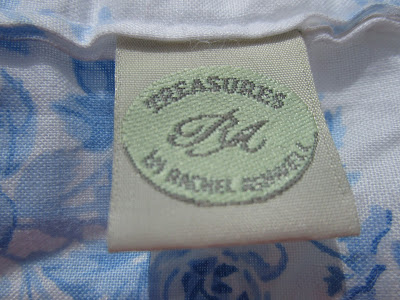 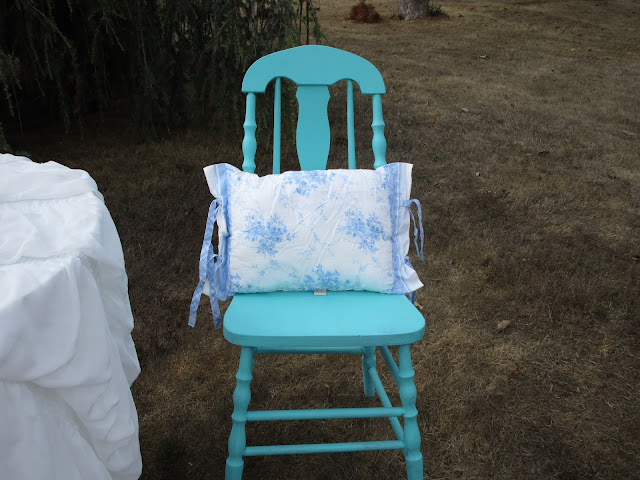 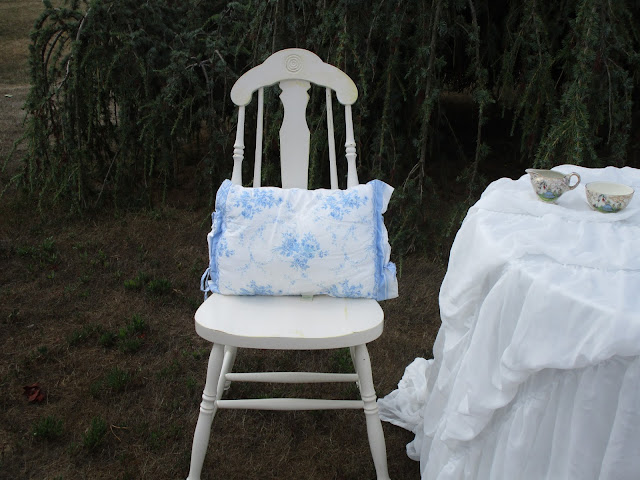 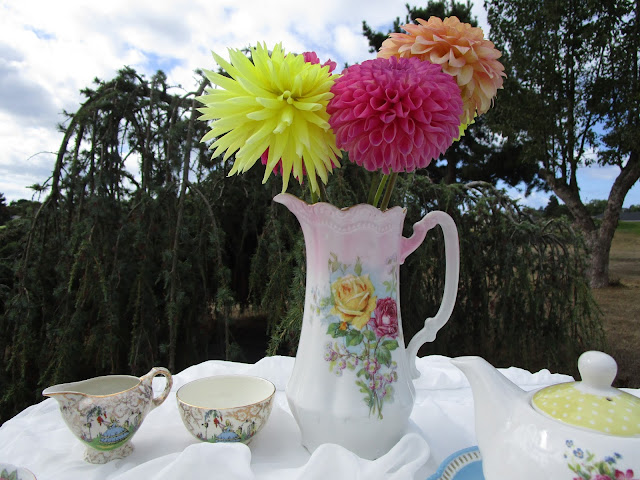 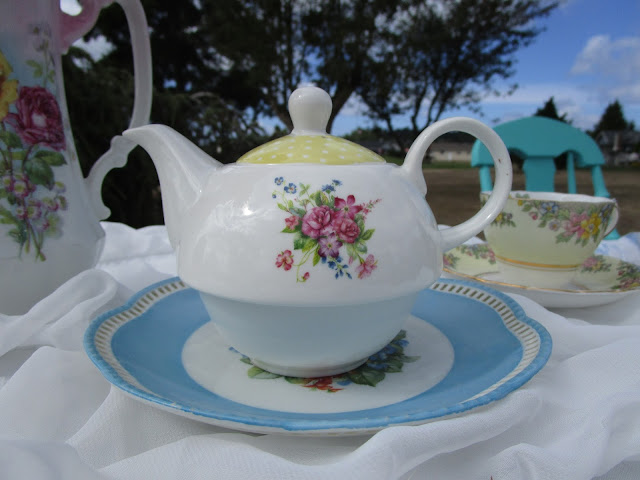 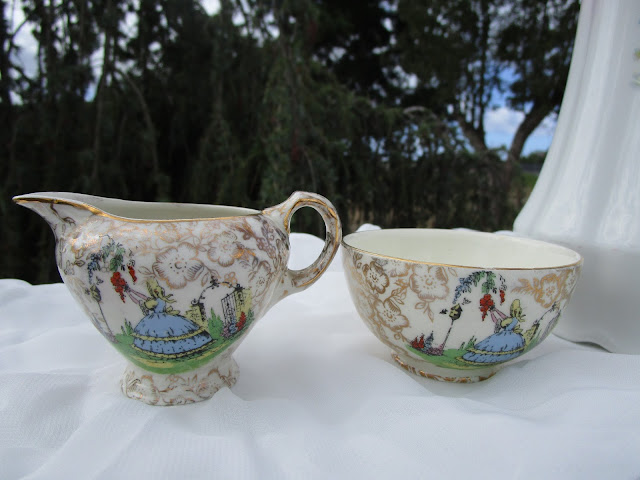 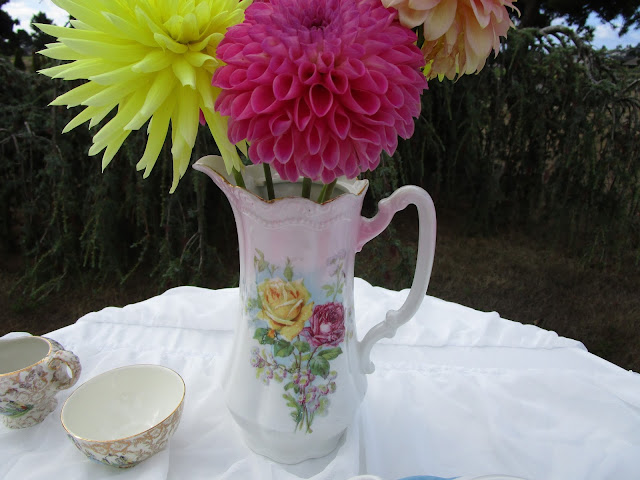 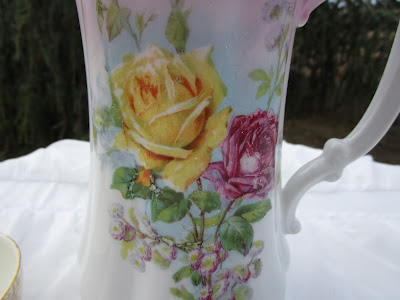 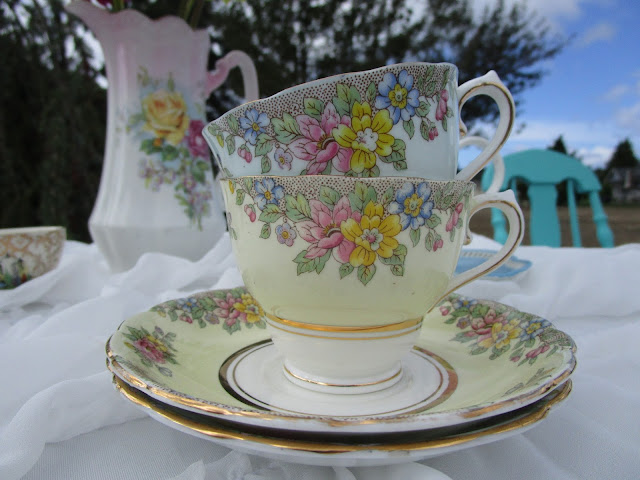 Thank you for stopping by for 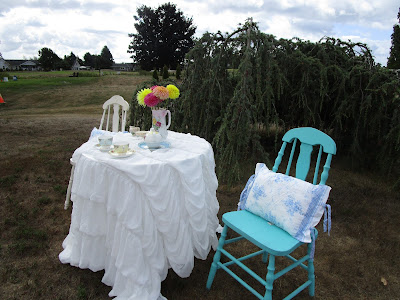 See you next week Teacup Friends! 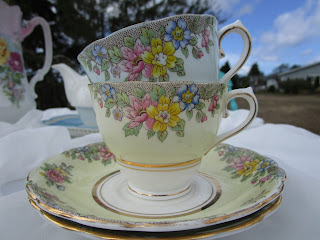 This week I will be joining these beautiful blogspots:

Hope to see you there!